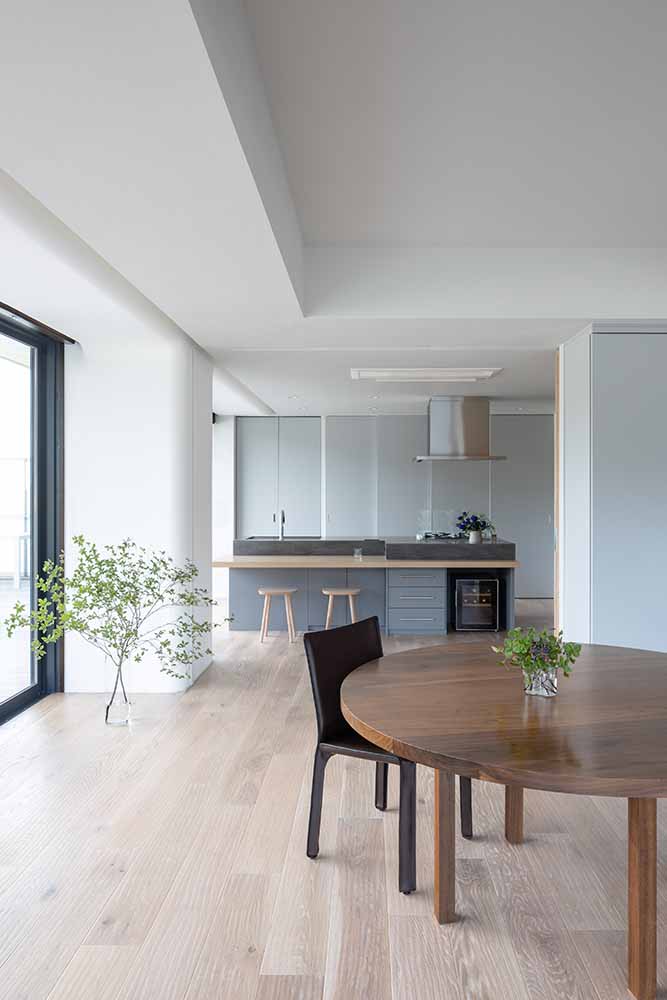 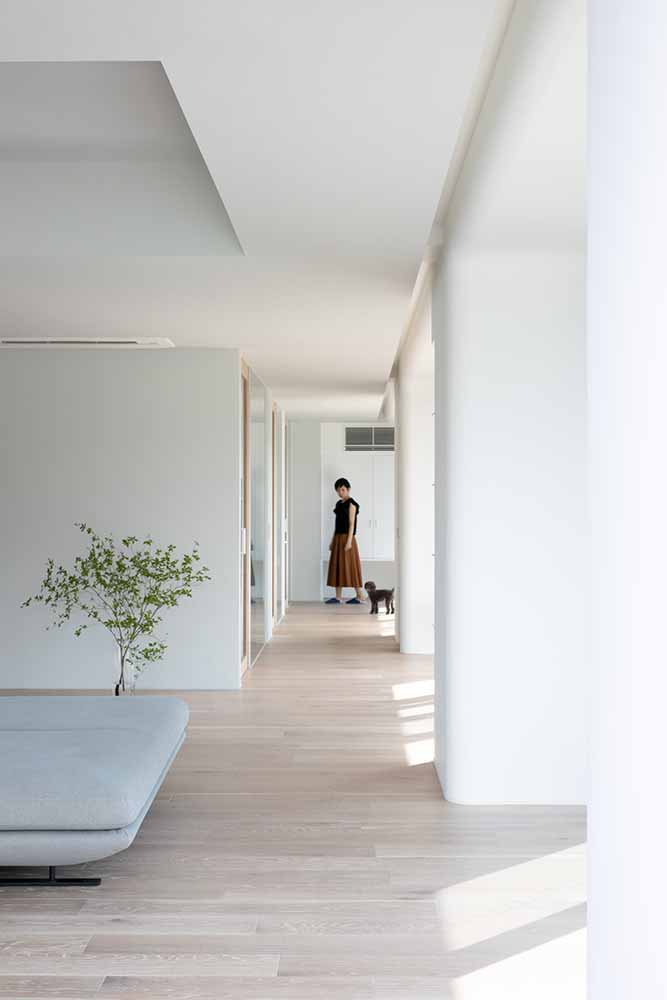 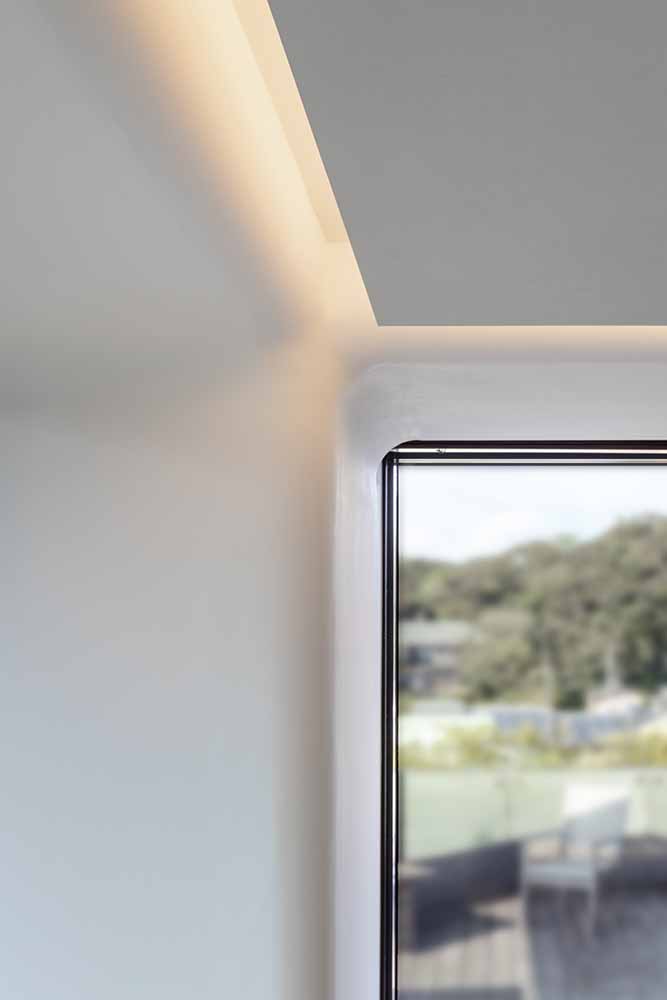 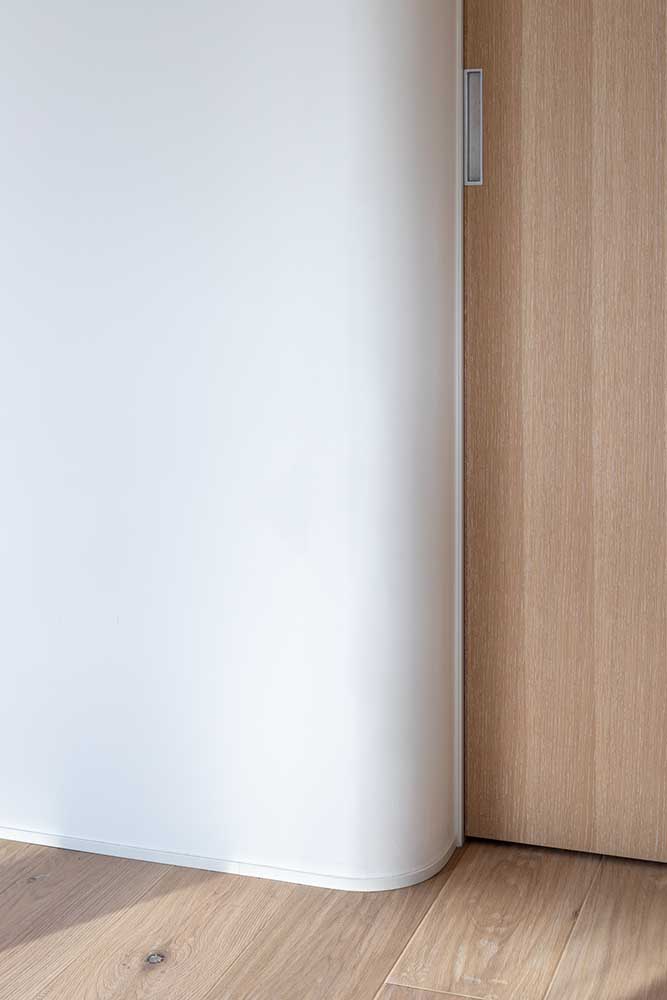 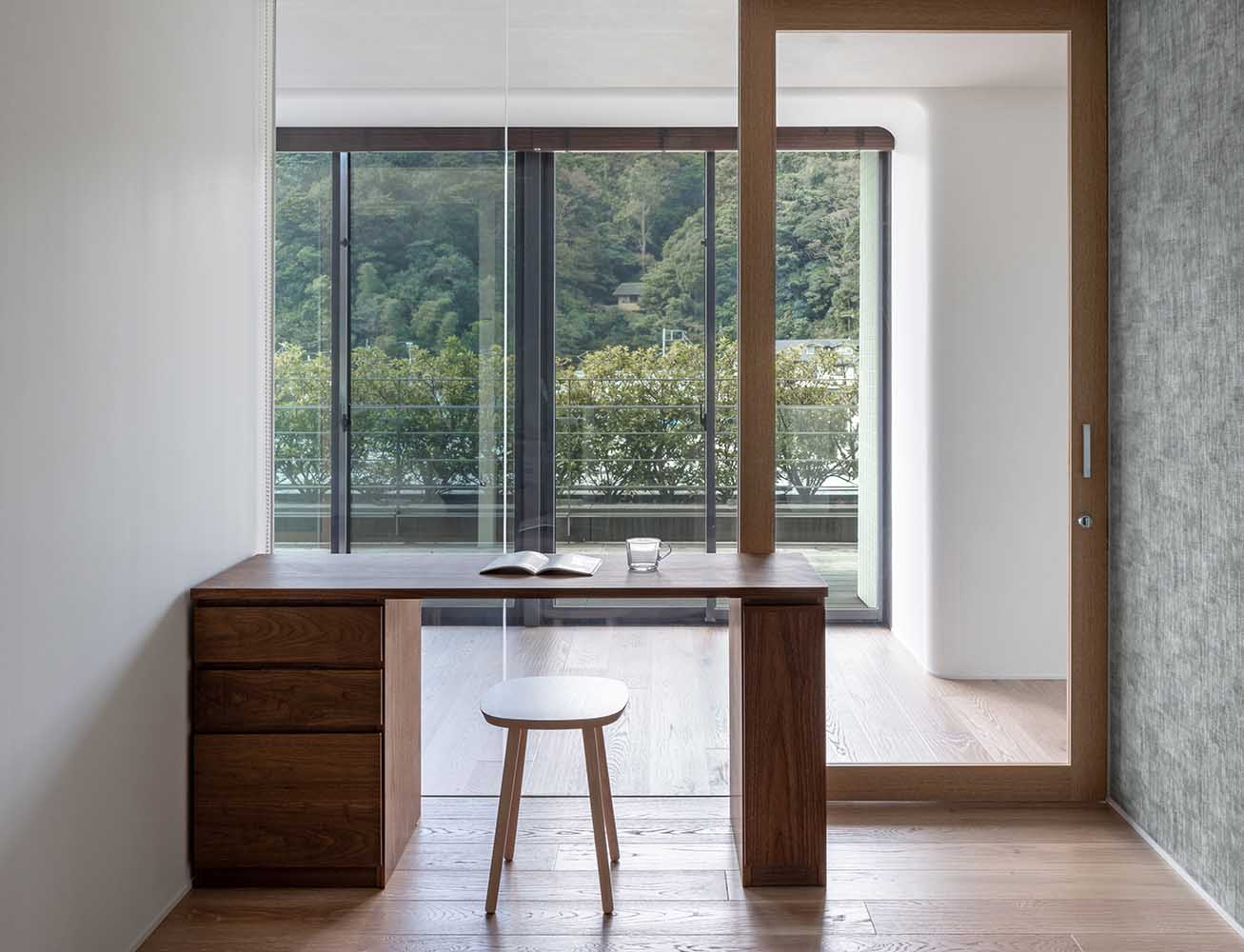 This was a renovation project for a unit within a wealthy residential district in Kamakura. We
redesigned the entire home, including its layout, for our client who lives with three toy poodles.
Although the building was surrounded by greenery and an outdoor terrace, the thick columns by the
window had inevitably caused the bedroom windows to be small in the existing layout. We therefore
moved the bedrooms back away from the exterior wall and created a small indoor terrace between
the wall and the bedrooms. The bedrooms were designed with fully glazed walls facing the indoor
terrace, so that the greenery outside would be visible from within the rooms through the indoor
terrace’s many windows. At the same time, we rounded the corners of the columns and beams
around the window so that a gentle, natural light would filter into the room.
The indoor terrace became a play area where the dogs could run around, while our rounded columns
function as a design for safety in the event of the dogs’ accidental collisions with the walls.
The walls around the window are painted with a special paint made of shikkui (Japanese lime
plaster) with deodorizing and anti-staining functions, thereby producing the effect of purifying the
indoor air. The shikkui walls faintly reflect the greenery of the surrounding hills and engender a
refined look. The floors are handscraped hardwood, a material that was chosen to prevent the dogs
from slipping. Rather than using high-grade materials to establish an air of stature, we tried to create
quality while simultaneously heightening functionality.
By enhancing the quality of window-side spaces from which to enjoy the rich greenery of
Kamakura, we have created a home in which both humans and dogs can enjoy a comfortable
lifestyle.